As an adult laying on the ground kicking and screaming is frowned upon and heavens forbid you hit or kick an actual person.

The following things are either illegal or frowned upon so even if you really wanted to you can not:

Even though they seem to relish in only noticing the things that they think you haven’t done while negating to thank you for the 2,653,712.5 things that you have actually done. Not even if you just wanted it to be a play kick.

Even though they are famous for always asking you for things at the last possible minute. “Sign my report card.” As you pull up to the school. “I need money for the trip.” As you prepare to drive off after dropping them off in the school parking lot. “Can I stay at Host?” As you are in the car on the way to pick them up. Not even one of those fake punches where you grab your hand back at the second to last moment.

Not even when they have screwed everything up and broken promises that they made to you in exchange for things that they have now already gotten leaving you practically high and drive. Even though that Homer Simpson choke looks so appetizing in this moment.

Yell obscenities at the check out clerk of the grocery store.

Even though you asked her to put the items in paper bags. I mean yeah, leaving the reusable bags at home was your fault but how flipping hard is it to put things in paper when you responded to her paper or plastic question with “Paper please”?

You can’t even push the vendor who screws  you weekly.

Even though their claim to fame seems to be seeing how well than can screw up your day by delivering your parts way later than promised and then lacking any empathy for the fact that you now have to call the customer and tell them that the part is coming hours later than originally promised-onto the ground and kick him below the belt. Not even if you really really really want to.

You can’t do any of those things. Even though commiting acts of violence sometimes sounds so amazing.

But twice a week my personal trainer comes to my house and for an hour I get to kick, punch, squat, throw, pull, push, and scream obscenities. All while burning massive amounts of calories and melting my fat away.

Thank you Universe and Nick. You’ve saved so many imaginary lives. 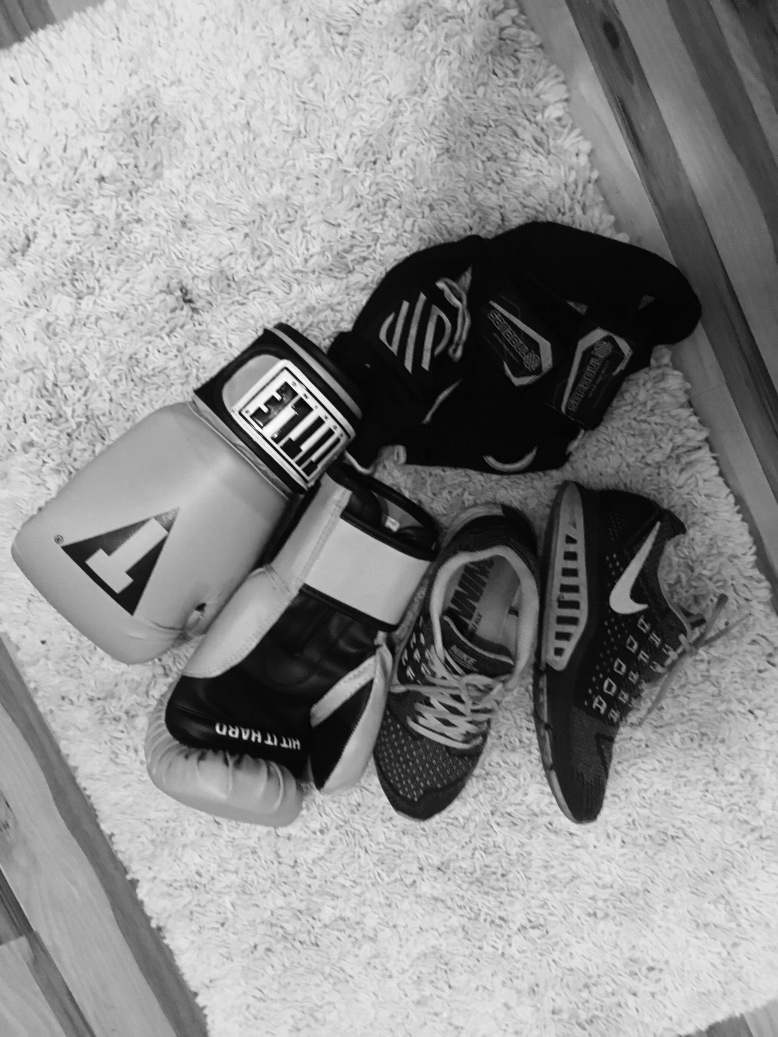 Disclaimer: I would never harm another person unless it was in self defense. Especially my family. They’re my world. They drive me absolutely bonkers but I wouldn’t trade them for all of the tea in China.