My son is Lazy AF. Like typical teenage rolls his eyes in the back of his head when you ask him to do anything outside of his wheelhouse:laying down, eating, playing on his phone; lazy. As a parent I don’t know how to combat this.
At least without slapping him into another ethnicity and ending up in prison and I’m way too cute for prison.

I’ve tried to build him up and pour into him his greatness. I’ve tried to appeal to his sensibilities. I’ve tried to ask for his assistance as his mother. I’ve even tried guilt, yelling, cajoling, and a bunch of other shit that I’m not proud of, but as I write this I’ve just finished yelling at him about being a lazy ass who wants to lay around the house every weekend. Again I’m not proud but I’m fearful. Fearful that this laziness is going to follow him through his life.

How my child prefers to spend his free time.

Fearful that he won’t go to college, or trade school, or build his own business. That he’s destined to be a couch surfer floating from place to place building robots in the freetime he has from whatever menial ass job he has at the moment. Fearful that I will lose my cool and punch him square in the face. *slightly kidding*

I know, I know, he’s only 14 but I worry that he doesn’t have it in him to work two times harder, be two times smarter than his white contemporaries. That because we have a little bit of money and have placed him into a school with wealthy children, he thinks he’s on equal footing with his peers. That he will be so fucked when he has to face the real world and since he’s only 14  he only has a few years left to get his shit together before life smacks him in the face and shocks the false sense of affluenza out of him. Because unlike his lazy schoolmates who will end up being mediocre, running companies give to them by their parents, even if we were to still have our companies as he gets to the age when he could run them, we CAN’T afford to have mediocrity running our businesses.

I don’t want to get too down on him. I realize that he’s a good kid. A great kid; funny, smart, caring, and loving. He’ll give you the shirt off of his back (if you really needed it) BUT he is also LAZZZZZZZYYYYY AF! Currently he is laying in bed with a headache solely because I am in the living room and he CAN’T lay in here in front of the TV. As opposed to going to work and making money for the many things he wants, or going to hang out with his friends, or even just building something in the shed, or doing ANYTHING. Laying around the house is what he prefers to do at every opportunity. 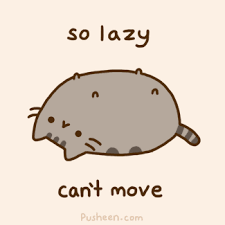 I’m trying to get him to understand that a good personality only goes so far. Especially for black boys. Hell, good black boys are being killed by police everyday. Jordan Edwards who recently died was only a few months older than he is.  I joke about punching him because I honestly don’t know what else to do and I worry so much for him. That he could face something as horrible as being killed by the police or that he can end up a lazy bum sleeping on his grandma’s sofa (since he gotta get the hell up outta here as soon as he graduates if he has no further plans for his life) or spend his days driving some smart girl crazy as she takes over trying to pull him forward into the life of greatness which I have been desperately attempting to push him into.

I know that I can not want more for him than he wants for himself and lately I don’t have much energy left to do any extra wanting for anyone outside of myself. I’s tied boss. Parenting is hard enough but add lazy and angsty into the mix and it’s enough to drive anyone over the moon.

I really wish that there was a magical pill to cure his laziness because, at least for today, I am at my wits end.