We Were Mothers by Katie Sise

Mira Madsen has disappeared the night after attending the birthday party for the set of twin toddlers she babysits. Her mother Laurel is terrified that something horrible has happened to her. The woman she babysits for, Cora, is devastated by the unsettling secret that Mira told her prior to her disappearance which threw her seemingly perfect mariage in to more turmoil than she never imagined  was possible.

As the police question everyone who was at the party we’re taken on a journey through the lives of some of the mothers and members of the town Ravenclaw. Whose wealthy inhabitants are guarding various secrets in their oversized lawns and behind their floor to ceiling windows.

Sarah, Jade, Laurel, and Cora’s stories are full of secrets their neighbors would have a hard time believing are taking place in their perfect town from domestic abuse and rape to murder and insider trading. It’s pretty clear that this perfect town will be drastically changed once the police are able to locate Mira. If she’s alive she might have the answer to a few very important questions and if she’s dead her death would rock her town and the lives of those closest to her.

I wanted to call this book review something like: Filthy rich white people are severely fucked up but I would have to acknowledge that all of the themes of this book are actually experienced by most people regardless of their race or their financial status. Which would have been fine because I could have also acknowledged that the difference between the filthy rich and most poor people is that poor unwed mothers are treated like a stain on society and while two young rich white men; (dear god they were men. White people ya’ll gotta stop treating your 21 year olds like children or ya’ll gotta acknowledge that everyone else’s 21 year old child is a child. You can’t have it both ways) could walk away from an accident in which someone died and a thorough investigation into the incident not be completed, that would never ever happen to poor or even middle class young black men.

Katie’s writing takes the readers on a riveting journey and makes you question how you would respond to someone trying to hurt your children. Most mothers, no matter how weak they are, would fight to the death for their children. It’s what mothers do, we protect our children at all costs. 4 stars. 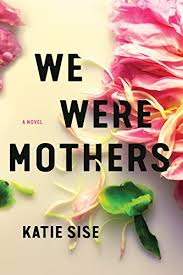